To a herpetologist, baby snake season means we are about to find a lot more snakes. We understand that the snake population is going to grow and the baby snakes are going to move around a lot and be easier to find. Unfortunately it also means we will be finding a lot more road killed snakes which is depressing for someone who loves and appreciates these amazing predators.

To other people, baby snake season should be a season of learning and amazement. It is a time when they can find and observe snakes relatively easily. Other times of the year snakes can be almost impossible to find. Not during baby snake season though. Plus baby snakes are tiny and cute (I hardly ever say a snake is cute but if I had to admit it I would). Baby snake season is a perfect time to learn to love and appreciate baby snakes.

September is going to be Baby Snake Month at the Center for Snake Conservation. We are going to bring you lots of baby snakes and tell you about them, where they live, what they eat, and what they become as adults. It is going to be an exciting month so be sure to subscribe to SnakeTalk or like our Facebook page to see them all.

A pair of carpet pythons outside for some sun, exercise, and enrichment. This pair are crowd favorites at our presentations with their color, feel, strength, beauty, and size. These are also out favorites because of their good nature and inquisitive personalities. Carpet pythons are from Australia and typically range from 5-10 feet long depending on the variety.

My run yesterday took me along the South Platte River in downtown Denver. There are lots of trails and green ways closed to cars that I like to run in order to avoid the cars on the street. This pair of baby gartersnakes were found within 6 feet of each other suggesting that a maintenance vehicle may have hit them at the same time.

This experience saddens me as these little snakes should have had a great chance for survival living in green space along the river. Instead they were victim to the rare maintenance vehicle. I do not think a bike or pedestrian killed them because they were both uniformly flat but I could be wrong.

The next 6-12 weeks depending on where you live should be full on baby snakes moving far and wide searching for their first meal and a place to spend the winter. In the coming weeks I hope to raise our spirits with photos and storied of live baby snakes. Please feel free to share your baby snake encounters with me and the Center for Snake Conservation by emailing them to babysnakes@snakeconservation.org.

I run. I really enjoy it. Running helps me think, reduces stress, and gets me outdoors one days without field work. I try to run where I will find snakes. I also run with my phone to record my path and in case I need to photograph a snake. Today’s lunch time run took me along the South Platte River and Cherry Creek in downtown Denver. My route today always has a good chance to find a snake and today’s run did not disappoint.

One mile into today’s run, I found this Wandering Gartersnake crossing my path. While a very common snake, I still welcome finding these gartersnakes in Denver. They give me a sense of security that some snakes are capable of surviving in even the most heavily human-impacted areas. Very few species of snake can truly be called “Urban Snakes” and this species is definitely one of them.

Today’s snake was also special because a walker stopped while I was photographing it. I was able to tell him a little about the snake and there existence in Denver. He even took a picture to share with his friends. Conservation Through Education.

Do you run? Please feel free to share your “running snake” photos and stories with me and the Center for Snake Conservation via email at snakestories@snakeconservation.org. I hope you can enjoy this snake as much as I did even if I can only share its story and photo. 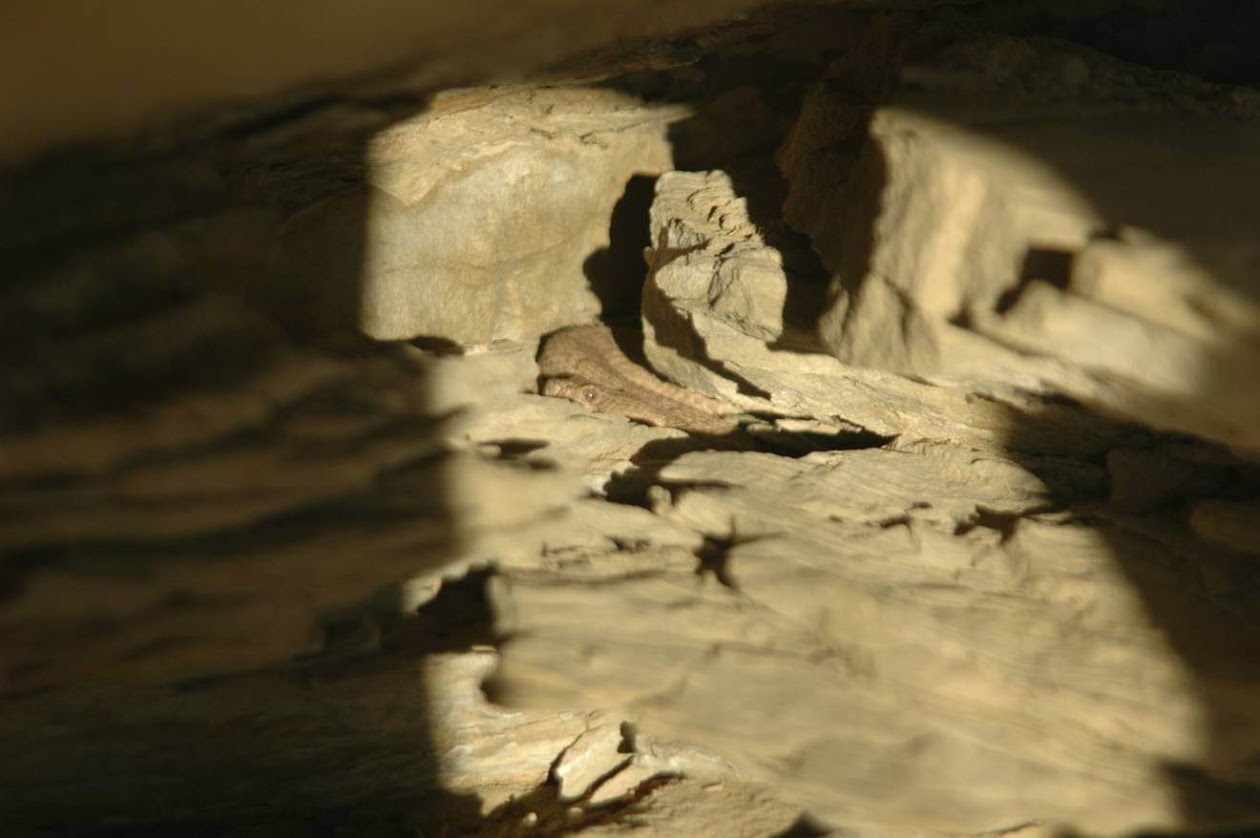 in situ snakes – what does this really mean? To me it means “as found” but literal translation from Latin means “in position”. The Merriam-Webster Dictionary defines in situ as “in the natural or original position or place”. So what does this mean for snake conservation?

Let’s use rattlesnakes as an example for what in situ means for snake conservation. Popular media sources tend to only use photos of defensive rattlesnakes because these are the exciting photos. These photos are rarely of snakes as they were found but rather of a snake that has been harassed into posing, striking, and rattling. Even in video sessions, the photographers are trying to get the snake to strike the camera. THERE IS NOTHING “AS FOUND” IN THESE PHOTOS! The truth of the matter is that in situ rattlesnake photos are boring to most people because they do not instill fear and danger – they simply show the snake “as found”. These boring photos and videos do not sell so photographers don’t take them or don’t share them. In addition, the vast majority of snake photos are “nature faked” and really don’t show us much about the snake’s habitat, behavior, or precise posture while in the field. Photographers do this to eliminate shadows, bright light, ugly backgrounds, and a whole host of other reasons. I love to spot the same background in two different (or more) photos of different snakes – these photos tell me that someone used a controlled setting to get the right photo. This was a common practice back in the film and slide days when photography was expensive.

THIS IS CHANGING!!!!! With the advent of digital photography and social media, photographers are taking and sharing more photos than ever before. We have “find the snake” contests and other avenues for showing rattlesnakes “as found”. People are enjoying seeing rattlesnakes as they typically are found partially hidden and quiet rather than defensive and scary. This is very, very good for snake conservation! Photos can and do dispel myths about these snakes. We just need to show people how rattlesnakes typically behave and it brings a new appreciation to snakes that otherwise is covered by the fear generating “striking” photos. New videos are showing the amazing behaviors of rattlesnakes such as maternal care, interspecies interactions, and predation – please go check out Social Snakes (www.socialsnakes.org) for some world class examples of what we can learn from rattlesnakes if we just slow down and WATCH them.

So, the Center for Snake Conservation is always looking for more in situ photos and could use your help. If you have some you want to share – please email them to cscphotos@snakeconservation.org and we will certainly give you photo credit.

Below are a few “as found” (in situ) photos that I took of snakes for you to enjoy. 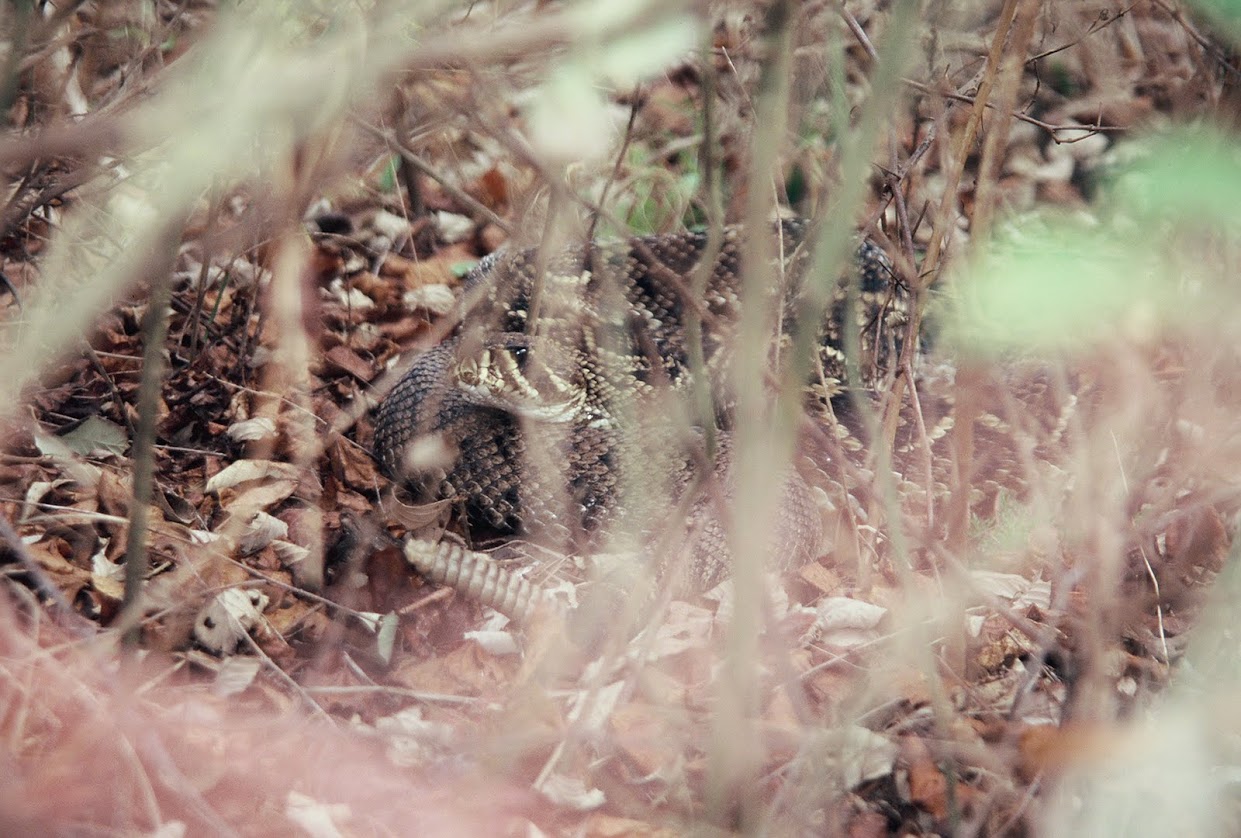 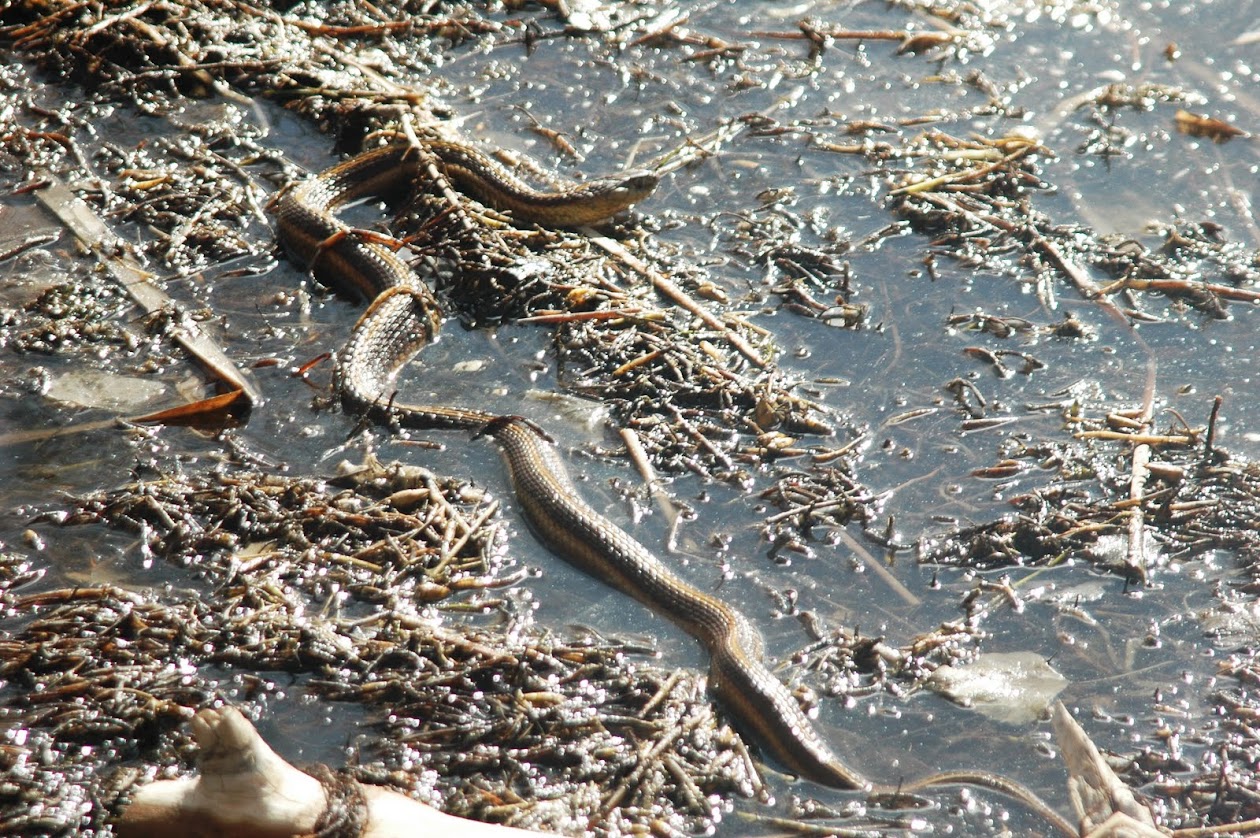 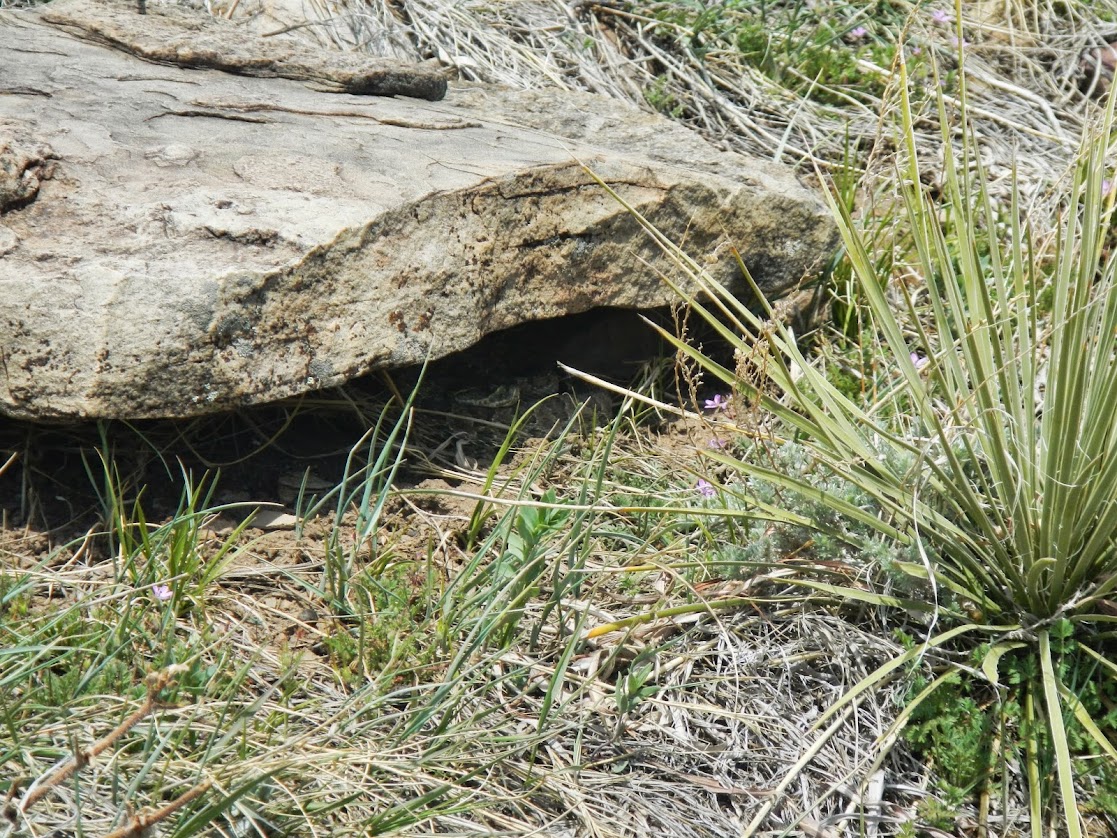 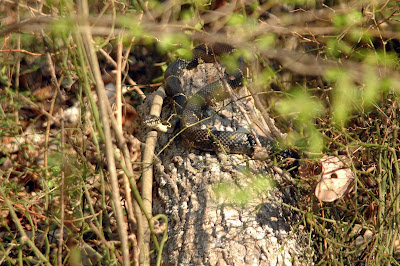 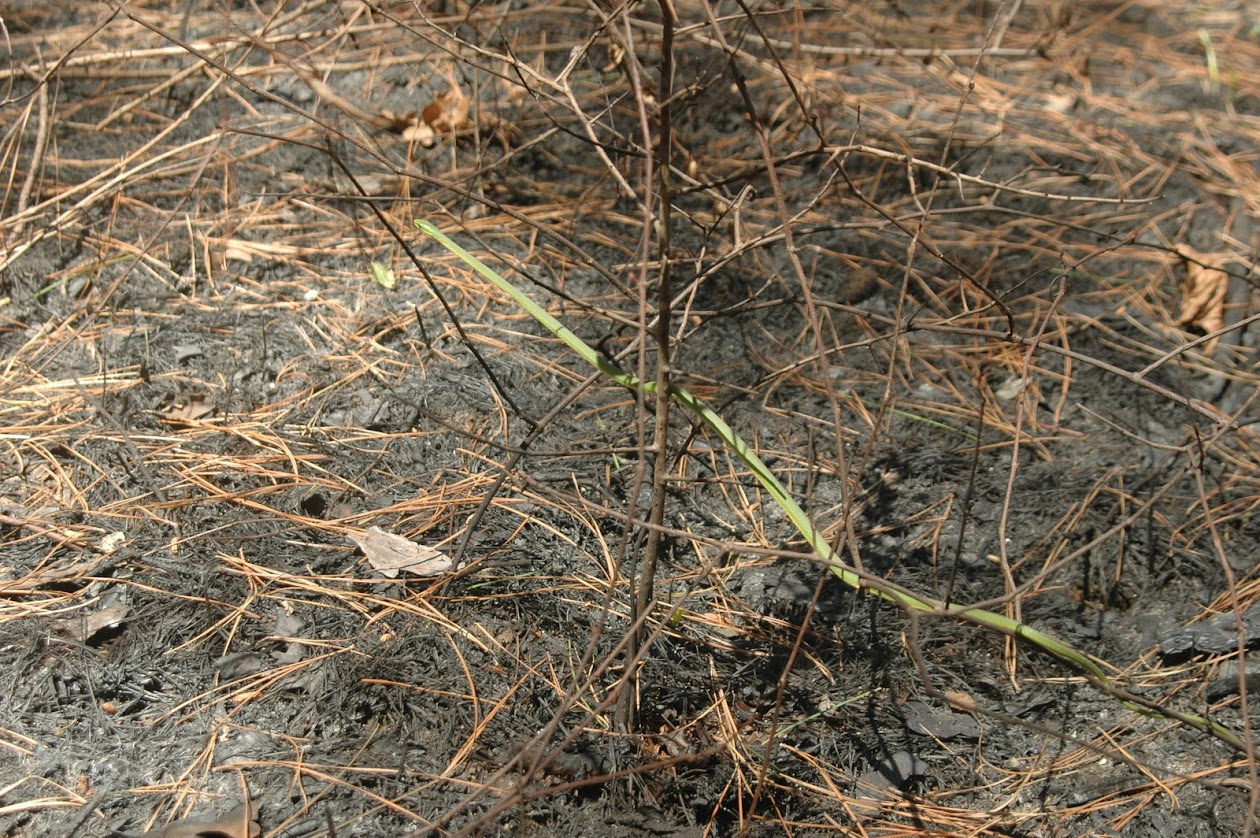 Wandering Gartersnakes are known to occur at high elevations even up to heights above 13,000 feet. This one was found on a family hike to Bierstadt Lake which is 9,416 feet high. Amazing little snake.

Blogs.  Yes, I need to starting blogging.  As the Center for Snake Conservation continues to grow, I want and really need to record its milestones here for everyone to read, share,and comment on.  Plus – YOU DESERVE TO BE INCLUDED IN OUR SUCCESS! I will strive to write a daily blog (maybe even more than one a day) to inspire us all to promote snake conservation in our lives.  With this blog, you will get to know me, the other folks behind the Center for Snake Conservation, what we are doing DAILY for snakes, our dreams, our wishes, and our plans. I certainly will enjoy this journey with you!

Is there a question you are just dying to ask about snakes? Send it to blog@snakeconservation.org and maybe I will pick your question to discuss and enjoy.

Here is a quick photo for you to enjoy while I work on new blogs – a very pretty Eastern Mudsnake taken by JD Willson. Mudsnakes are amazing predators that eat giant salamanders called amphiumas. They occur in the southeastern United States.