The Center for Snake Conservation went to south Florida to catch rainbow snakes but what did we find – indigo snakes.  Four of them actually.  Eastern Indigo Snakes  (Drymarchon couperi) are probably and arguable North America’s most impressive snake.  They are the longest snake in the United States reaching lengths of over 8.5 feet long.  We had the privilege of meeting a 7.5 foot long indigo snake while in Florida that was just huge but that is a different story.  Today’s story is about the snakes we found in the wild.

We did not set out to find indigo snakes but this type of by-catch is too hard to resist.  Our mission during our expedition was to catch the South Florida Rainbow Snake (Farancia erytrogramma seminola) and we spent over 500 hours in the field looking for them as well as over 500 trap nights throughout Fisheating Creek.  During our short breaks from walking the creek and checking traps, we would take some time to walk the upland sandy scrub areas that were nearby. That is where the indigo snakes were found.  We were extremely lucky to have seen 4 of them and we want to share these magnificent snakes with you.  You can see each of them in the photos below.

Can you go out and catch indigo snakes?  Unfortunately the answer is NO.  Eastern Indigo Snakes are protected under the Endangered Species Act of 1973 as a threatened species.  This protects them from “take” which is defined as “to harass, harm, pursue, hunt, shoot, wound, kill, trap, capture, or collect, or attempt to engage in any such conduct”.  You can be arrested and penalized with a jail sentence and large fine if found guilty of “take” under the Endangered Species Act.  The Florida Fish and Wildlife Conservation Commission (FWC) carries the appropriate Endangered Species Act Section 10 Recovery Permit to conduct work with Eastern Indigo Snakes.  A permitted FWC biologist was a part of the Center for Snake Conservation South Florida Rainbow Snake expedition crew which allowed us to look for these incredible snakes.  Please, if you see an indigo snake, do not catch it.  Simply record its location and report it to the Center for Snake Conservation, The Orianne Society, the U.S. Fish and Wildlife Service, or the Florida Fish and Wildlife Commission.

The Orianne Society is an organization dedicated to ensuring the survival of indigo snakes throughout their range.  They are doing amazing research throughout the indigo snake’s range while at the same time helping private landowners understand and manage their lands for the needs of this species.  All indigo snakes that we found were weighed, measured, and marked by The Orianne Society as a small part of their important mission.  We are absolutely honored to have been able to help in their research efforts in south Florida.

One neat thing that The Orianne Society does is name all the indigo snakes they study.  This not only gives each snake a unique identity; it personifies each snake to help humans understand their plight.  Snakes without a name are just a snake…snakes with a name are now recognizable individuals.  The Center for Snake Conservation is honored to have been allowed to name the four indigo snakes we found while in south Florida.  They are Naja, Obsidian, CSC, and Ripley.  You can learn more about The Orianne Society and their wonderful work on their webpage:  www.oriannesociety.org/

Here are the indigo snakes we found while in south Florida: 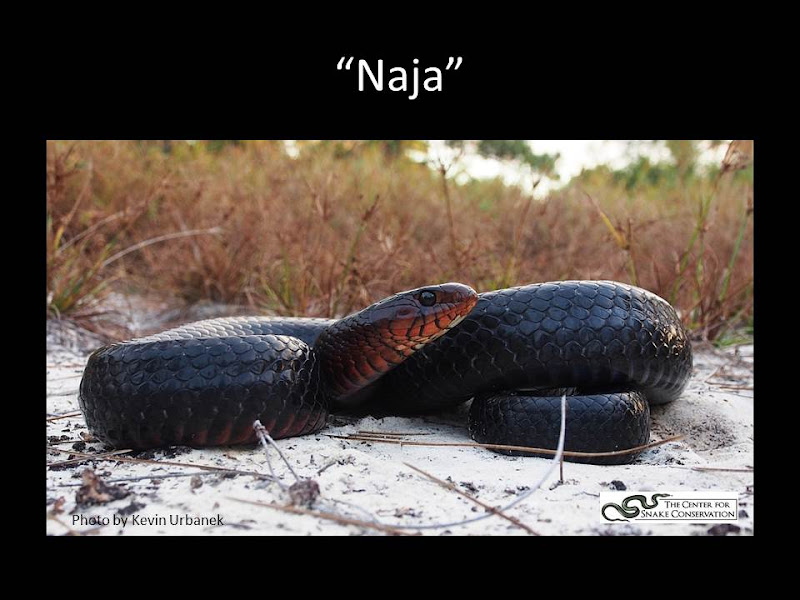 Naja is a 6.5 feet long male indigo snake with stunning coloration. He was found with his tail sticking out of a small patch of scrub oaks. 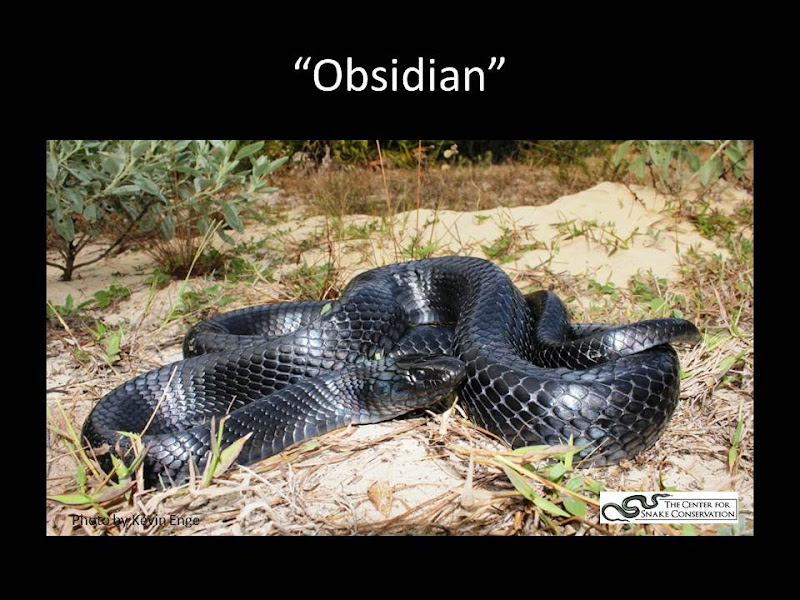 Obsidian is just over 6.5 feet long and was found in a small oak patch near a gopher tortoise burrow that contained a female indigo snake. 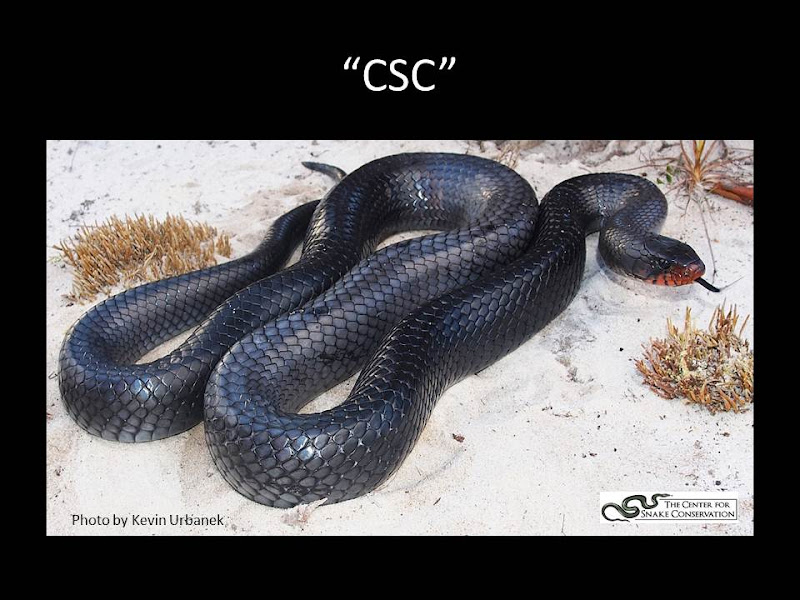 CSC is 6 feet 2 inches long male indigo snake. His scales were paler than the other indigos we saw on this trip. 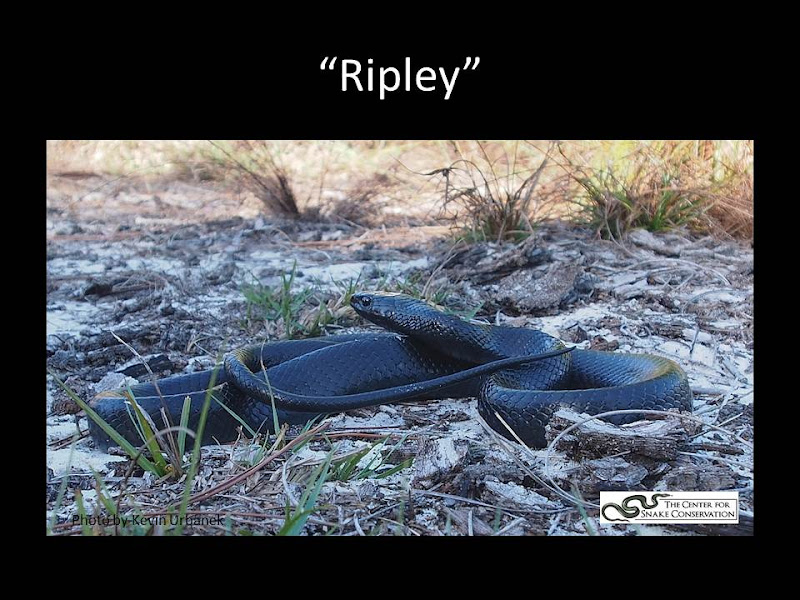 Ripley is a subadult male indigo snake just under 4 feet long. This size class is extremely rare to find as indigo snakes quickly grow from hatchling size to 6 feet long. He was found crossing a sand road between two scrub patches.

About Center for Snake Conservation

Posted on December 7, 2012, in Uncategorized. Bookmark the permalink. 6 Comments.